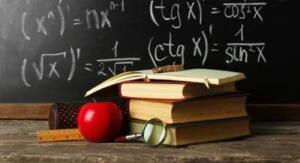 Ayeshana Teeter was born along with her twin, Ayesha Stewart on November 29, 1974 in Newport News, Virginia to the late Michael Ford and Arethia Elazier. They were raised from the age of 6mths in the way of the Lord by their godly grandmother, Mrs. Mattie B. Vaughn. She taught them to “Always put God first and get an education”. After her passing, the twins were taken in by a caring family in the church, Barbara and Ronald Stubbs. They raised them as their own. There was not a dull moment in that house of two adults and seven children!

Ayeshana was always known for her soft-spoken voice, comedic jokes, fun loving spirit, willingness to help others and her love for God. She was a multitalented and gifted person whose presence will be missed. Skilled in acting, mime and making people laugh was also her ministry! Her love of acting began as a child in the plays and skits at The Gospel Spreading Church of God in Newport News, Virginia. Also, at home in front of her twin sister and grandmother, she did some of her best work! These gifts followed her through high school and on to college.

She received her education in the Newport News Public system and later earned her Bachelor of Science in Early Child Education as well as her much earned teacher’s license. She was an innovative, fun loving teacher that engaged the hearts and minds of students for over 20 years. Her teaching career included teaching at the Huntington YMCA, Cathedral of Faith Christian School, P.B. Young Elementary School and Hunter B. Andrews.

Interment will be held at Forest Lawn Cemetery in Norfolk, Virginia.

COVID-19 restrictions will be followed. Mask are required.

It is the desire of the Teeter family that you would keep them in your thoughts and prayers.

The family of Ms. Ayeshana Teeter has entrusted her final care to the staff of C.C. Carter Funeral Home, Inc.

To send flowers to the family or plant a tree in memory of Ms. Ayeshana Teeter, please visit our floral store.