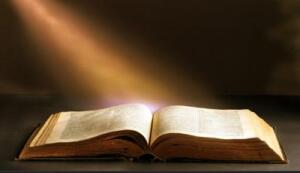 Missionary Betty Jean Cox Brown was born July 28, 1946, in Tuskegee, Alabama to the late Ms. Solonia Wells. She was the oldest daughter with one sister, the late Ms. Mary Cox and one brother, the late Mr. Jerry Cox. She peacefully slipped away on Friday May 20th, 2022, at Water View Health and Rehab Center in Hampton Virginia, to join her Heavenly Father into eternal life.

Mother Betty joined the St. Johns Church of God in Christ in Newport News, VA in the early seventies under the Pastorate of the late Bishop Samuel L Green Jr.  Bishop Samuel L Green was led by the Holy Spirit to move the congregation to a new edifice located at 2416 Orcutt Avenue in Newport News, where the membership continued to grow, and Mother Brown was a part his Pastorate and loving guidance. She was a participant in area of ministry including, the 120 Club, St. Johns Senior Ministry, Missionaries, Mothers Board, the Upper Room, and the Senior Choir. She was loyal and continued to serve and worship God with her now Pastor Elder Samuel L Green III, until the end.

She is preceded in death by her husband Mr. Richard Brown, Sr, one daughter Florence B. Faulk, and her father and Mother.

She leaves to cherish her memory, a devoted son, Mr. Richard Brown, Jr. (Ida) and her daughter Ms. Mary Jones., best friend for over fifty years Ms. Pamela Austin of Newport News, Fifteen grandchildren. twenty-five great grandchildren and a host of other nieces, nephews and cousins, other relatives, and friends.

It is the desire of the Brown family that you keep them in your thoughts and prayers.

To send flowers to the family or plant a tree in memory of Mrs. Betty Jean Brown, please visit our floral store.

A Memorial Tree was planted for Mrs. Betty

We are deeply sorry for your loss - the staff at C. C. Carter Funeral Home, Inc.

Join in honoring their life - plant a memorial tree