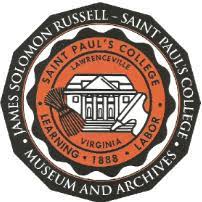 Stephen Vincent Scott, affectionately known as “Steve” by family and friends, entered eternal rest on October 14, 2021, at his home in New Kent, Virginia.

Steve was born on January 24, 1965, in Newport News, Virginia to Cora Lee Scott. He graduated from Bethel High School in 1983. He loved all sports. He had a competitive nature and took pride in staying physically fit from an early age. He utilized these traits when he played high school basketball and football, and throughout his journey in life.  In 1985, he was blessed with a son, Rashad Wright.

He attended St Paul College in Lawrenceville, VA where he also played football. He joined the ROTC program in college and was commissioned as a Second Lieutenant in the United States Army. He graduated in 1988, with a Bachelor of Science Degree in Business Management.

In 1985, Steve’s family move to Maryland, and this is where he met his wife, Allison in 1991.   On September 7, 1996, they were joined in holy matrimony. They resided in Springfield, VA where he began his career in Medical Sales.  His last place of employment was with ThermoFisher Scientific, as a Regional Account Manager.  His success in sales can be contributed to his ability to instantly connect with anyone he met. He had a contagious smile and a loving spirit. He wanted to give back to society and felt being part of the medical community was his contribution. He would often describe his opportunity to observe doctors in surgery using the equipment he sold. It brought him joy to know that his job played a small role in helping save lives.

His favorite pastime was watching sports; his favorite football team was the Dallas Cowboys. He also liked to talk about politics, and he had a passion for cooking. However, anyone who truly knew Steve knew that his ultimate love was being around family and friends. He was excited when he became a grandfather. He always looked forward to attending family functions, traveling with, and spending quality time with his family.

He confessed his love for Christ at an early age and joined Walter Temple AME Zion, Newport News, VA where he was baptized. He later joined Macedonia Baptist Church in Arlington, VA under the leadership of Senior Pastor Reverend Dr. Leonard Hamlin Sr. and Reverend Dr. Robert F. Cheeks, Jr., Assistant Pastor. When he moved to New Kent, VA, he joined Mountain of Blessings in Richmond, VA. under the leadership of the late Pastor Dimitri' Bradley.

He also leaves behind a special group of friends, Gary London, James Clark, Christopher Stephenson, John Cook, and Paul Pierce. He will be missed, but not forgotten by a host of cousins, godchildren, and friends.

It is the desire of the Scott family that you would keep them in your thoughts and prayers.

The family of Mr. Stephen Vincent Scott has entrusted his final care to the staff of C.C. Carter Funeral Home, Inc.

To send flowers to the family or plant a tree in memory of Mr. Stephen Vincent Scott, please visit our floral store.